Looking for movers? Look no further. Red Carpet Moving Company is home to the best movers. We are passionate about treating all of your belongings with the utmost care and attention. 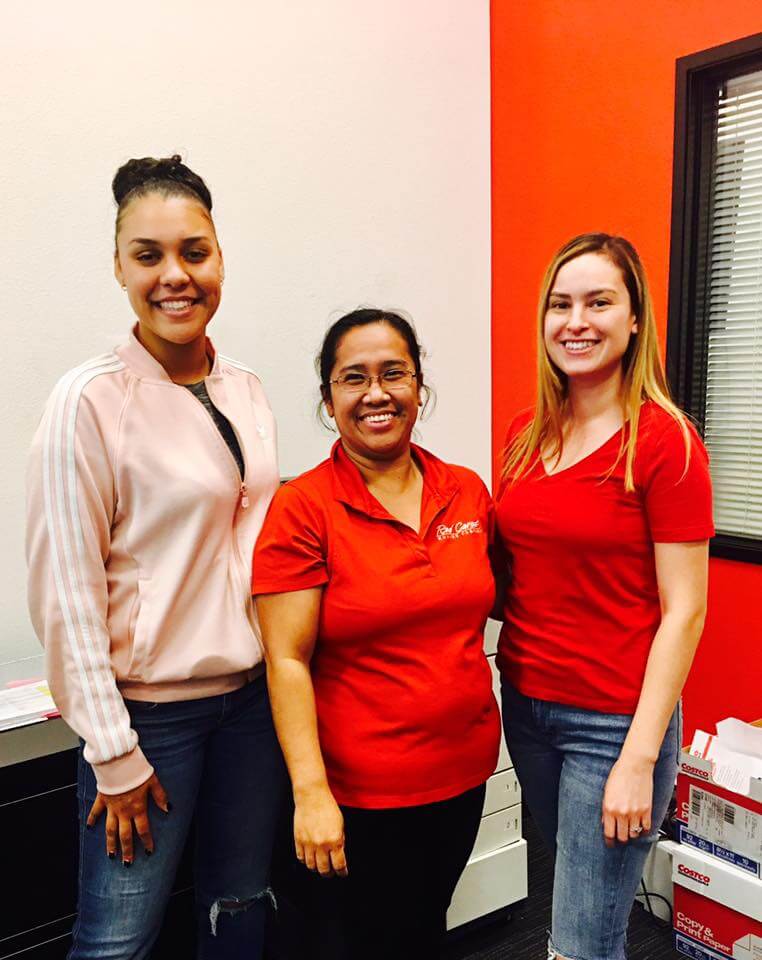 We Give You the Red Carpet Treatment

Red Carpet Moving Company provides the finest door-to-door, domestic, and international relocation service available. We are one of the best-rated movers.

With a worldwide network of agents, Red Carpet Moving Company expertly manages many types of moves, including residential and commercial moves. We also are long distance movers. Las Vegas residents come to us when they want to ship their belongings across states and internationally.

In addition to being one of the best moving companies for your household goods, we are also offering piano moving services. We pride ourselves in achieving the highest customer satisfaction. Our experienced professionals evaluate each move and create a guaranteed estimate with no hidden costs. Here’s what is included in the evaluation:

Before moving to Las Vegas, Jon lived in Tulsa, Oklahoma with his parents. After his dad joined the Executive Team at the Sands Hotel in the early 1980’s, Vegas became their new home.

At the same time, Mick and his parents lived in Cuba. They decided to flee the communist country in search of more opportunities and security for their family. Mick was in 2nd grade when they arrived in Las Vegas.

The two met and grew up as close as friends can get—but that’s only the beginning of their story.

As far back as the early 1990’s, Red Carpet Moving Company’s owners, Jon and Mick, have been in business together—starting with a venture into specialty packing and freight handling of art and antiques. It is in this area they received many requests from both residential and commercial clients for relocations. This gave them the idea to start their own moving company, with their business model being integrity and hard work. They have years of experience serving the Las Vegas area as residential movers, commercial movers, and more.

Both Jon and Mick married locals of Las Vegas and raised their families here as well, getting involved with many local activities. For example, they share interests in coaching youth sports and being active in the community.

Mick is a UNLV graduate, receiving his Bachelor’s in Marketing. He enjoys fitness and spending time with his family: his wife, Laura, and two children, Brayden and Lexyn. Brayden is currently in his first year at UNLV with a Millennium Scholarship, and Lexyn is a peer advocate at Miller Middle School, where she spends her time helping special education students.

Jon and his wife are big time music enthusiasts, traveling to music festivals regularly. In fact, music has become a big part of his family, passing onto his two kids. His son, Jack, also enjoys playing Lacrosse, and his daughter, Brooke, loves participating in debate tournaments at Bishop Gorman High School.

Today, our owners and founders instill their values of love and caring into their business, which is still growing strong and developing a positive relationship with the great city of Las Vegas. 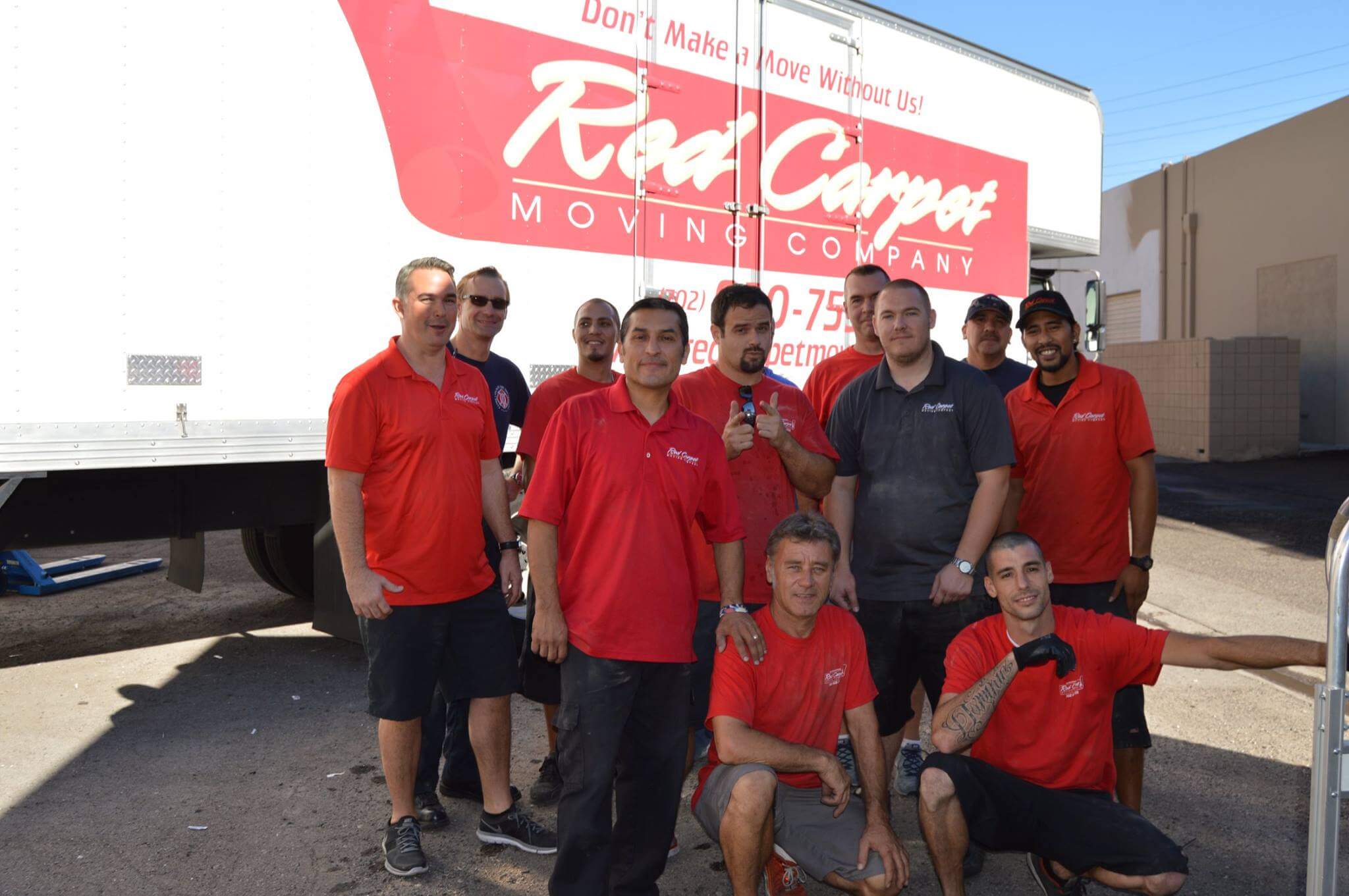 At Red Carpet Movers, we are more than your everyday movers. We provide white glove service. What does this mean exactly? It means that your property is important! The White Glove Service we provided handles your treasured items with the utmost care and professionalism. You may have heard the expression, “handle with kid-gloves.” The White Glove Service goes beyond that. Not only do we move your residential or commercial items, large and small, from one place to another efficiently and safely, but as well-respected and professional movers, we plan, pack, and preserve your stuff the moment it touches our hands to the moment it returns to yours.

Historically, gloves were more of a decoration or a fashion accessory. White gloves in some cases symbolized respect and authority, experience and dignity. White gloves, particularly, embodied integrity. Overall, gloves demonstrated a proper conduct, a representation of how people and property were treated with care. People who wore white gloves had spotless results. The White Glove Service means that your valuables are in good hands. 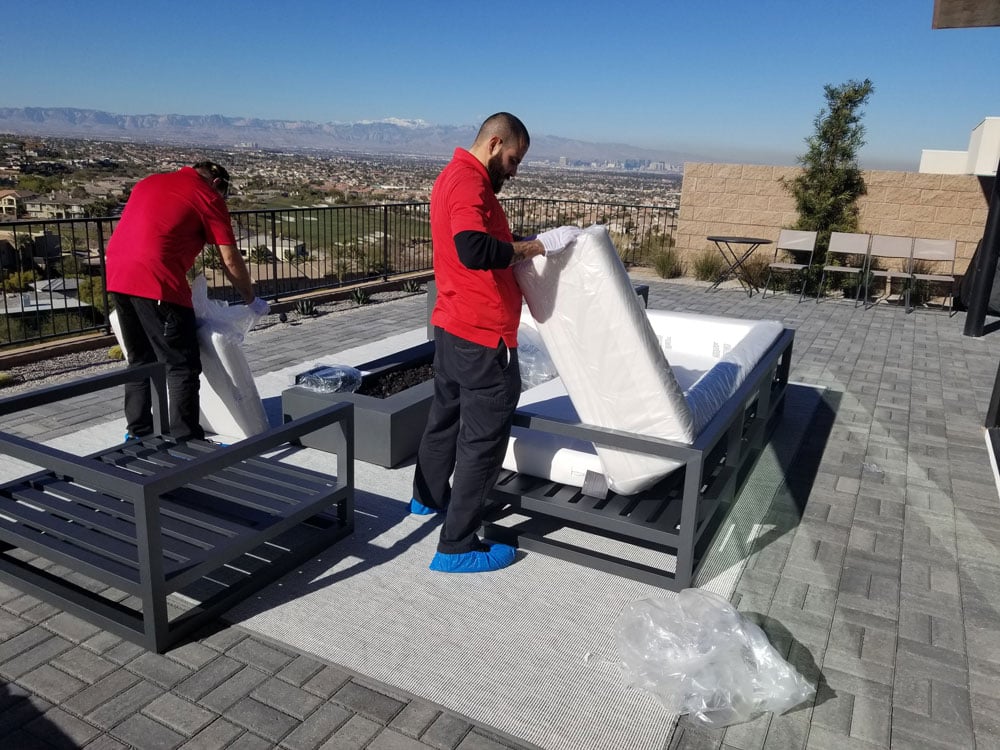 When you see the term White Glove Service in reference to Red Carpet Movers, you can be sure your valuable furniture and personal belongings are moved with the highest level of experience and care. The difference between most moving companies and White Glove Service is that we do literally and figuratively all the heavy lifting. The White Glove Service protects and delivers all items from beginning to end, packing, loading, unloading and relocating, to ensure unmatched customer service and satisfaction.

At Red Carpet Movers, we are the expert White Glove movers, embodying the respect and care you deserve. We believe in making your transition, whether nationally or locally, as effortless as possible. We are your personal movers for your everyday items to your most prized possessions. Red Carpet Movers are the foremost movers to trust when it comes to handling, moving and respecting your property, like royalty. We put the white gloves on just for you.

CALL US TODAY FOR
YOUR FREE QUOTE